Where Can I Find The Best Travel Deals? 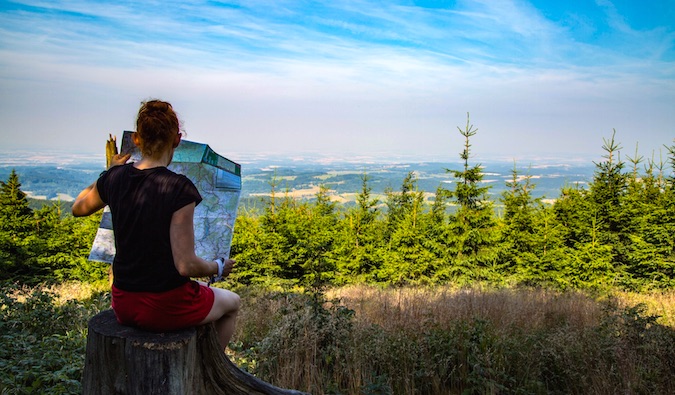 Finding travel deals is a matter of timing.

A lot of people think travel is just plain expensive, but in reality there are incredible deals happening all the time. They usually don’t last too long, and you have to act quickly. That can sometimes be a problem when a deal requires jumping on a plane tomorrow (how many people can do that?), but in fact most deals are for months in the future, giving you ample time to plan your schedule.

Often I will book a flight and then figure out my plans. Since you can cancel a flight within 24 hours without incurring a fee, I lock in the deal and then figure out if I can make it work. Sometimes I can (like the $1,200 business-class flight from LA to Stockholm round-trip); sometimes I can’t (like the $400 New Zealand flights I had to cancel).

I am always looking out for deals. Today, I want to give you a peek into where I go for deals, tips, and expert advice. After all, these are people who focus solely on this one aspect of travel, so why not use them? I can’t be everywhere and I can’t know everything, so I rely on the specialists. If travel were a hospital, I would be your general practitioner and these people below are the specialists I would consult with! 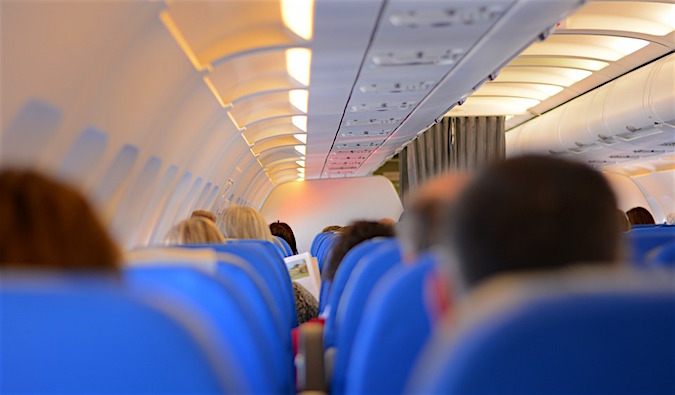 When it comes to flights, I use three websites:

I’m subscribed to all of their newsletters so I don’t miss any flight deals. Often you’ll find the same deal on all three sites, but getting all three in my inbox each day ensures I won’t miss anything in case one website doesn’t pick up the deal.

On Twitter, I am also subscribed to Airfarewatchdog (great general deals) and YVR Deals (Vancouver Airport deals. It’s a big airport hub!). You can subscribe to them via their website too, but they usually send out so many emails that Twitter is easier!

Read more: How to Get Cheap Airfare 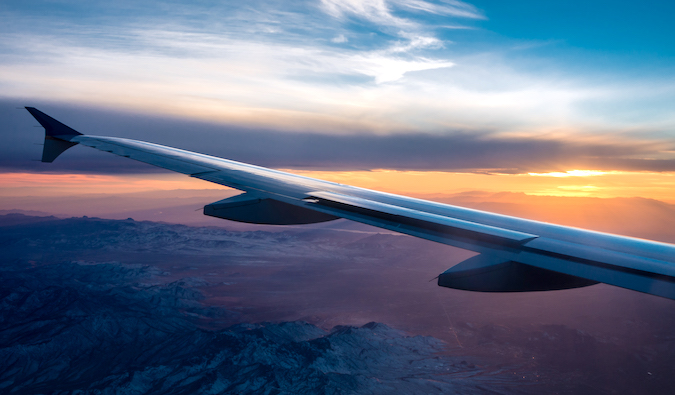 When it comes to finding the latest in airline and frequent flier news, I turn to these sites, which give me the latest on the changes in the industry and loyalty programs, and any travel hacking news I can use:

(For family travel, I visit Mommy Points. For Australia/NZ travel hacking, I consult Points Hack. For Canada, I use Canadian Kilometers and for the UK, Head for Points.)

As a very, very, very avid travel hacker, and while I have my own special tricks and tips, when you’re overseas a lot, it’s hard to stay up to date on your own so I use these three sites to keep me in the loop. 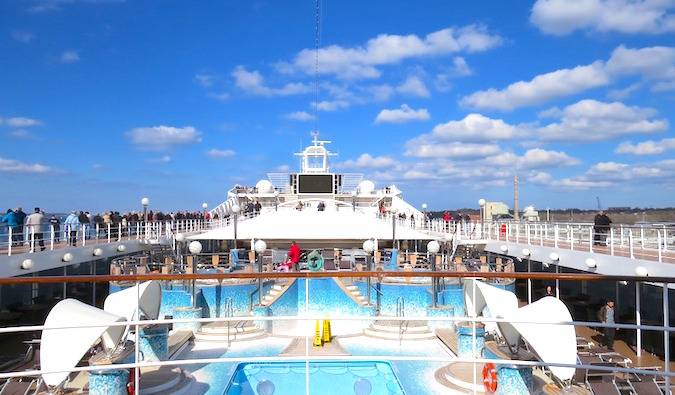 In my mind, there is only one cruise deal website worth following: CruiseSheet. This site consistently has some of the lowest rates out there, and their interface is beautiful. If I don’t find anything on CruiseSheet or want to double-check a price, I go to the second-best website, vacationstogo.com.

Read more: How to Take a Cruise for as Little as $30 USD Per Day 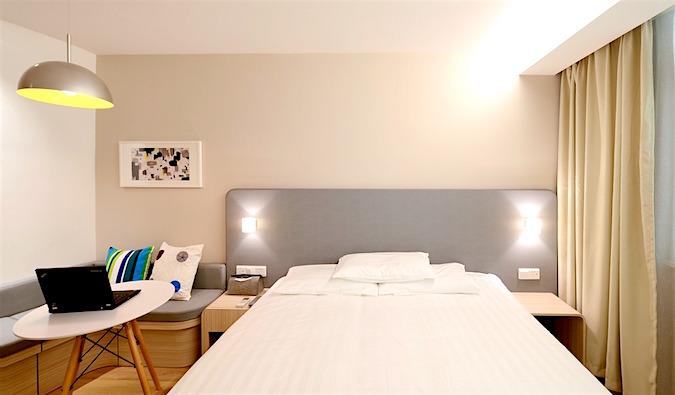 Hotels deals are pretty hard to find and often so limited that they don’t apply to a lot of people. Plus, as a hostel and Airbnb lover (if you’re new to Airbnb, get $35 off your first stay), I frequently just use points for hotel rooms (they’re damn expensive!). While lot of the travel hacking websites list hotel sales for large brands like Hilton and SPG, I also subscribe to the following:

Getting their emails keeps me up to date on city sales. Often, I look up the rates on their websites and then go over to the hotel’s website to book directly, as there is usually a lower rate — and I can then get points too.

Read more: How to Find a Cheap Hotel Room: Sites to Use and Sites to Avoid 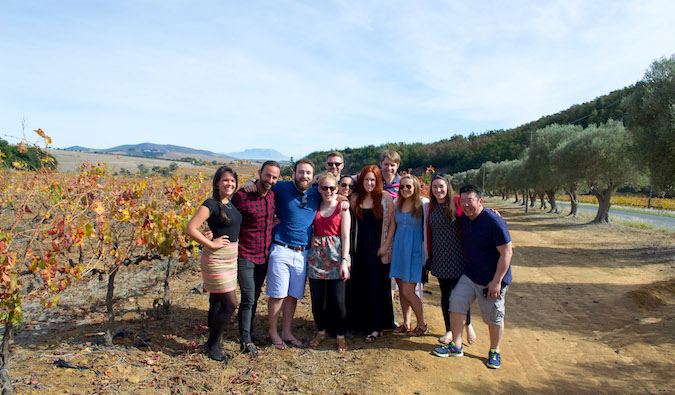 For tours and excursions, I keep an eye on the following companies by subscribing to their emails too:

These companies have very good last-minute deals, and if the price is right, I’ll jump on them!

Read more: Why Organized Tours are a Good Option for Travelers

The One Company I Never Use..

TripAdvisor! Though TripAdvisor isn’t a “deal website,” I want to mention it because a lot of people use it in their planning. This is one of the worst travel websites out there and I never, ever, ever use it in my research to or to look for awesome budget accommodation. While I am not against user-generated reviews, the TripAdvisor system is easily gamed and often inaccurate. The site is widely known to delete negative review; hotel owners post fake reviews; and users get demanding of owners and often say “if you don’t do this, I’ll post a negative review.” It’s an open secret in the industry that the review system is a joke. This is one website I would stay away from. Sometimes there is not wisdom in the crowds. In my professional opinion, stay clear of this website when planning your trip.

****
So while I think my site is amazing for your on-the-ground tips, tricks, and advice needs, for deals to get you to where you want to go, use the sites above. They’re what I use, and they’ve never steered me wrong!

Editor’s Note: I wrote a comment down below about Trip Advisor but here it is so you don’t miss it:“There is a lot of TripAdvisor love out there! I get it. We’re all honest brokers. No one thinks of themselves as dishonest and I have no doubt that you all write honest reviews. I have no doubt many of you have had good luck with the site and found some hidden gems too.

But that’s one experience of many and, if there’s anything I’ve learned writing about travel for eight years, it is that your one experience is not always the norm.

TripAdvisor is an easily gamed service that is often mocked and laughed at by people within the industry. I can’t tell you the countless stories I’ve heard and data I’ve seen about bots, fake reviews and listings, removed reviews, and much more.

TA is a great service in theory. In practice, it’s very hit or miss and too much of a minefield. It’s not reliable tool when taken as a whole.

One person’s paradise is another person’s hell hole. In this age of user reviews, we all like to think of ourselves as experts but, in reality, the masses are a really poor judge of quality because we like the experience and frame of reference to really give a fair and unbiased opinion. The South Park episode on Yelpers really nails it on the head. As they say, everyone’s a critic!

Take it from someone in the industry, TA is a site to be avoided when choosing a place to stay or activity to do.

Use it but know that most people within the industry think it’s a hilarious joke. And if all the professionals don’t like it, maybe there is some credence to their opinion!”

I’ll also add this rhetorical question: If you take the reviews with a grain of salt, why spend time on the review site in the first place!?